ERROR! There is a problem retrieving the Registration Data from the database!You have an error in your SQL syntax; check the manual that corresponds to your MariaDB server version for the right syntax to use near 'where item_id in (26,27,28,29,30) order by item_id asc' at line 1

As we begin to focus on individual domains our needs are going to change. Our direction is going to change. It is the reason we have always referred to ourselves as "Developers," because that was where the road was eventually going to lead.

With those thoughts in mind, we are pleased to begin announcing some of our speakers, including our Keynote Speaker, Declan Dunn.

Just listening to what Declan has to say and the way he says it is worth the price of admission. You would have to go all the way back to John Reese to have a speaker of this caliber. Declan will make you money!!!

Declan Dunn is also known for many other products. He is the author of the program Net Profits: How to Win the Internet Game and The Ten Step Master Plan for Maximizing Your Profits. He writes articles on the Internet, gives consultation to budding Internet marketers, speaks at seminars and does a lot of stuff that keeps him in the reckoning.

Michael Ricciardelli was appointed SVP, Business Development and Consumer Marketing after joining Bankrate in September 2006. Prior to joining Bankrate, he was Vice President - Marketing & Media Sales at Apartments.com/Classified Ventures where he managed all marketing functions and online advertising sales efforts. From 1999 to 2003, he was Co-Founder & Vice President of Strategic Development for Insurance.com - venture funded by Fidelity Capital and sold in 2003 to Comparison Market. Earlier in his career, Mr. Ricciardelli also held positions in strategy consulting and business development at Fidelity Investments, and financial analysis at Salomon Brothers.

I think Michael has the credentials of somebody that can speak intelligently to our group and help us define and understand the elements needed for a great success with just one domain name in your portfolio. Guys like this are the hardest to get because the pool is so very limited of people that actually know what they are talking about. So it is never from a lack of desire.

Mr. Damm has served as Senior Vice President – Corporate Finance and M&A since January 2012 having joined Bankrate in December 2009. Prior to joining Bankrate he worked as a Principal in the New York office of Apax Partners, a leading global private equity firm, which he joined in June 2006 in their Munich office. At Apax, Mr. Damm focused on buy outs in the media sector in the US and Europe. From November 2002 to September 2005 he was employed by PricewaterhouseCoopers Corporate Finance Consulting in Germany. Mr. Damm is a CFA charterholder and received a degree in Economics from the University of Bonn and a Master in Finance from Princeton University.

T.R.A.F.F.I.C. is known as the domain industry's premiere conference because it makes business possible. The possibilities for business include relaxed and comfortable settings like the now-legendary Cabana Networking.

Cabana Networking is unique to T.R.A.F.F.I.C. It started at our 2010 South Beach domain conference, which was held at the spectacular Loews Resort on Collins Avenue. Cabana Networking was so well received, we have made it a staple of the domain industry's first and best networking conference. 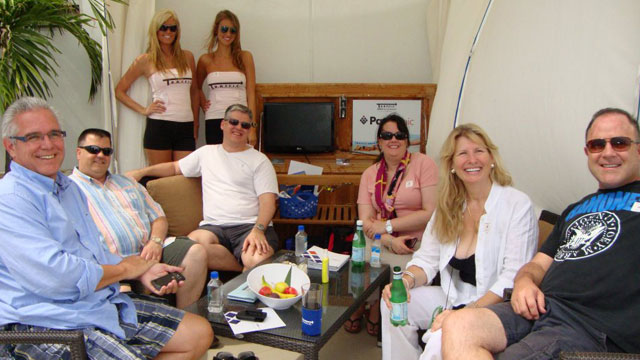 Once again, with T.R.A.F.F.I.C.'s Cabana Networking, the domain industry is redefined and vaulted to a new level of business achievement and investment excellence.

For 2012, Cabanas open for networking October 5 and 6, but there are limited availabilities! Make sure to register early. 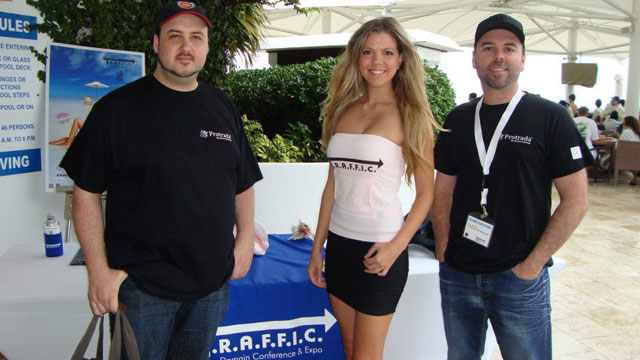